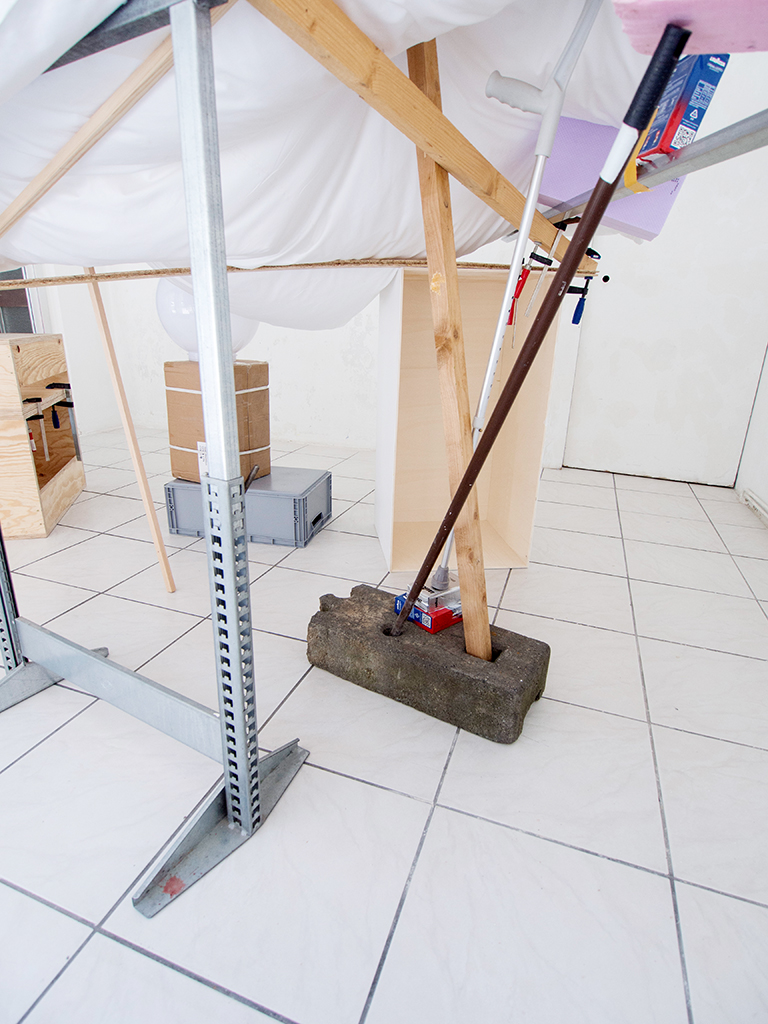 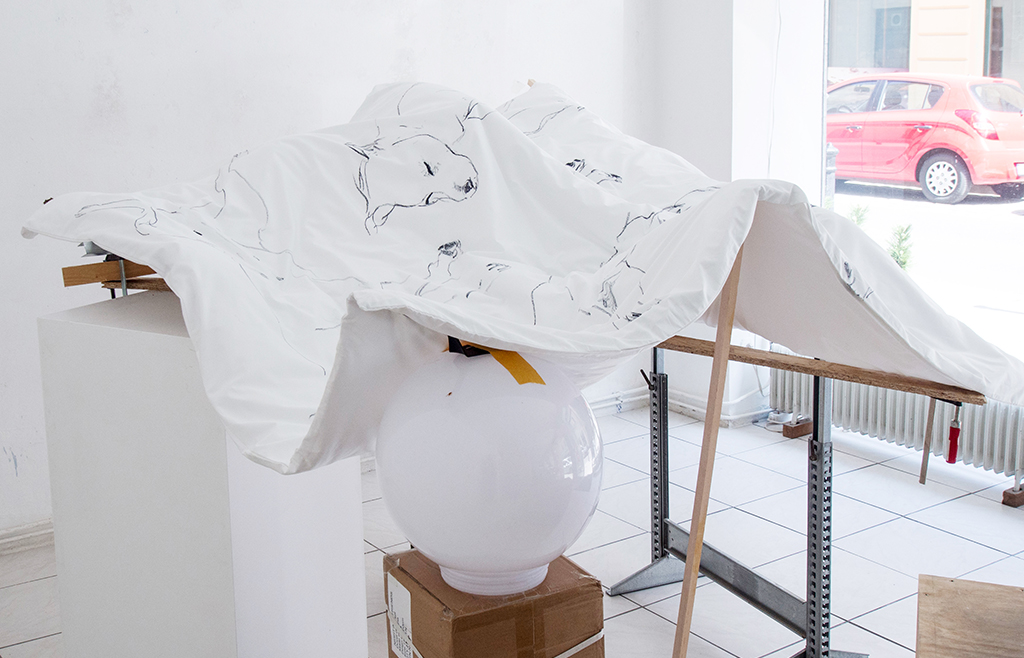 One day someone’s dog ran off… Into a forest, the moss moist under its paws. Running up a hill – breathing deeper – its lungs filled with the scent of a deer, standing somewhere. And there was also a bird, sitting on a branch. The wind blew, it got colder and started raining. The dog went back home to go to sleep. (Manfred Hubmann)